This is really just preparation for a meeting tomorrow and I haven’t blogged much lately. Also, I had to write this way, way too late at night and the grammar probably shows that:/ I’m happy to take any kind of feedback, mockery, or questions.

One of our Calavista development teams and I are having a kind of kickoff meeting tomorrow morning to discuss our new technical stack that we plan to use for some big new customer-facing features in a large web application this year. The current application we’re building onto was originally designed about a decade ago and uses a lot of the .Net tools and approaches that I myself would have espoused at that time and even a few OSS things that I helped build — but some of which are clearly aluminum wiring today (RIP K. Scott Allen) or at least have been surpassed by later tools.

First off, we’ve got a couple constraints:

And, what we need and/or want in a new technical stack:

For a variety of reasons, we’re moving to using React.js for the client side backed by an ASP.Net Core “backend for frontend” service that will mostly be zapping JSON back and forth as an API.

On the server side, we’re going with:

The one place where we’ll deviate from what I guess is mainstream MVC Core is to absolutely ditch any kind of leftover Ruby on Rails Models/Views/Controllers folder and/or namespace layout. I’m very much in favor of using a “feature folder” organization where closely related classes/services/DTOs for a use case live in the same namespace instead of being scattered all over God’s green earth. Moreover, I’m dead set against any kind of “Onion Architecture” code organization, but that’s a rant for another day.

More interestingly, on the client side we’ve rewritten an existing feature in the application with a new “React Stack” that we plan to start with:

More on the testing tools in a later section because that’s a crucial part of all of this.

Integrating the New with the Old

I’m going to stop using the word “microservice” with our client because that apparently conjures up visions of hopeless complexity. Instead, we’re starting a new stack off to the side for new features that may also become a strangler application that eventually takes over the existing functionality.

All the same though, there’s much less literature about microservices in an conglomerate user interface application than there is on backend services. We’re initially going down a path of running our new React.js feature bundles inside the existing application’s Razor layout in an architecture something like this:

For new features, we’ll keep to the existing navigation structure and application look and feel by just adding new Razor pages that do nothing but embed a small Razor application like so:

There’s some details to work out around security, API gateways, and the like — but the hope is to have the React.js mini-applications completely communicating with a new ASP.Net Core “BFF” API.

I’m hoping there’s not a lot of overlap in the necessary database data between the old and the new worlds, but I’m prepared to be wrong. Our current thinking is that we’ll *gasp* keep using the old database, but keep a new schema to isolate the new tables. Right now my working theory is that we’ll have a background queue to synchronize any “writes” to the new database schema to the old database if that proves to be necessary.

Alright, the part of this that I’m most passionate about. I’ve written before about my personal philosophy for automated testing in Jeremy’s Only Law of Testing (Test with the finest grained mechanism that tells you something important) and Succeeding with Automated Integration Tests. I think that both React.js + Redux and ASP.Net Core have good testability stories, especially compared to the MVC5 + Razor stack we’re using today. React.js + Redux because there are great tools for fast running unit tests against the client side code that isn’t really feasible with Razor — and especially now that there are effective ways to test React components without needing to use real browsers with Karma (shudder). ASP.Net Core because you can run your application in process, there’s some decent testing support for HTTP contract testing, and it’s far more modular than ASP.Net MVC pre-Core was.

Looking at another low fidelity view of the proposed architecture just to demonstrate how the new testing pyramid should go:

We’ll probably use xUnit.Net instead of NUnit, but at the time I drew this diagram I thought we’d have less control over things.

With this stack, our testing pyramid approach would be:

Why am I down on Selenium?

I spent all my summers in High School and College working on my Dad’s house framing crew. And as any framer knows, the “Sawzall” is the one tool that will always be able to get you out of a jam when you can’t possibly utilize any other kind of saw — but it’s never your first choice of tool and it generally only came out when something was put together wrongly. 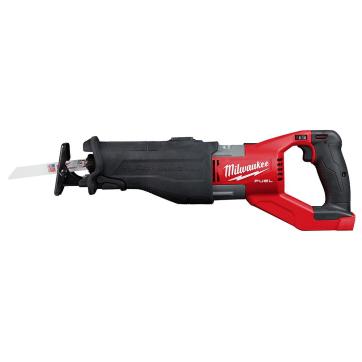 Selenium is the Sawzall of automated software testing (at least in web applications). It’s almost never the first choice of testing tool, but if you didn’t architect for testability, it’s your last resort because it can always work by driving the entire stack through the browser.

In summary, Selenium is what you use when nothing else can work but never your first choice of approach.